The shepherds went in haste, and found Mary and Joseph and the Infant lying in a manger. Luke 2:16

O God, who were pleased to give us
the shining example of the Holy Family,
graciously grant that we may imitate them
in practicing the virtues of family life and in the bonds of charity,
and so, in the joy of your house,
delight one day in eternal rewards.
Through our Lord Jesus Christ, your Son,
who lives and reigns with you in the unity of the Holy Spirit,
one God, for ever and ever.
Amen.

A reading from the book of Genesis

The word of the LORD came to Abram in a vision, saying:
“Fear not, Abram!
I am your shield;
I will make your reward very great.”
But Abram said,
“O Lord GOD, what good will your gifts be,
if I keep on being childless
and have as my heir the steward of my house, Eliezer?”
Abram continued,
“See, you have given me no offspring,
and so one of my servants will be my heir.”
Then the word of the LORD came to him:
“No, that one shall not be your heir;
your own issue shall be your heir.”
The Lord took Abram outside and said,
“Look up at the sky and count the stars, if you can.
Just so,” he added, “shall your descendants be.”
Abram put his faith in the LORD,
who credited it to him as an act of righteousness.
The LORD took note of Sarah as he had said he would;
he did for her as he had promised.
Sarah became pregnant and bore Abraham a son in his old age,
at the set time that God had stated.
Abraham gave the name Isaac to this son of his
whom Sarah bore him.

The Word of the Lord.
Thanks be to God.

Response:  The Lord remembers his covenant for ever.

Give thanks to the LORD, invoke his name;
make known among the nations his deeds.
Sing to him, sing his praise,
proclaim all his wondrous deeds.
R. The Lord remembers his covenant for ever.

Glory in his holy name;
rejoice, O hearts that seek the LORD!
Look to the LORD in his strength;
constantly seek his face.
R. The Lord remembers his covenant for ever.

You descendants of Abraham, his servants,
sons of Jacob, his chosen ones!
He, the LORD, is our God;
throughout the earth his judgments prevail.
R. The Lord remembers his covenant for ever.

He remembers forever his covenant
which he made binding for a thousand generations
which he entered into with Abraham
and by his oath to Isaac.
R. The Lord remembers his covenant for ever.

A reading from the letter to the Hebrews

Brothers and sisters:
By faith Abraham obeyed when he was called to go out to a place
that he was to receive as an inheritance;
he went out, not knowing where he was to go.
By faith he received power to generate,
even though he was past the normal age
–and Sarah herself was sterile–
for he thought that the one who had made the promise was trustworthy.
So it was that there came forth from one man,
himself as good as dead,
descendants as numerous as the stars in the sky
and as countless as the sands on the seashore.
By faith Abraham, when put to the test, offered up Isaac,
and he who had received the promises was ready to offer
his only son,
of whom it was said,
“Through Isaac descendants shall bear your name.”
He reasoned that God was able to raise even from the dead,
and he received Isaac back as a symbol.

The Word of the Lord.
Thanks be to God.

Alleluia, alleluia.
In the past God spoke to our ancestors through the prophets;
in these last days, he has spoken to us through the Son.
Alleluia.

A reading from the Holy Gospel according to Luke

When the days were completed for their purification
according to the law of Moses,
They took him up to Jerusalem
to present him to the Lord,
just as it is written in the law of the Lord,
Every male that opens the womb shall be consecrated to the Lord,
and to offer the sacrifice of
a pair of turtledoves or two young pigeons,
in accordance with the dictate in the law of the Lord.
Now there was a man in Jerusalem whose name was Simeon.
This man was righteous and devout,
awaiting the consolation of Israel,
and the Holy Spirit was upon him.
It had been revealed to him by the Holy Spirit
that he should not see death
before he had seen the Christ of the Lord.
He came in the Spirit into the temple;
and when the parents brought in the child Jesus
to perform the custom of the law in regard to him,
He took him into his arms and blessed God, saying:
“Now, Master, you may let your servant go
in peace, according to your word,
for my eyes have seen your salvation,
which you prepared in sight of all the peoples,
a light for revelation to the Gentiles,
and glory for your people Israel.”
The child’s father and mother were amazed at what was said about him;
and Simeon blessed them and said to Mary his mother,
“Behold, this child is destined
for the fall and rise of many in Israel,
and to be a sign that will be contradicted
—and you yourself a sword will pierce—
so that the thoughts of many hearts may be revealed.”
There was also a prophetess, Anna,
the daughter of Phanuel, of the tribe of Asher.
She was advanced in years,
having lived seven years with her husband after her marriage,
and then as a widow until she was eighty-four.
She never left the temple,
but worshiped night and day with fasting and prayer.
And coming forward at that very time,
she gave thanks to God and spoke about the child
to all who were awaiting the redemption of Jerusalem.
When they had fulfilled all the prescriptions
of the law of the Lord,
they returned to Galilee,
to their own town of Nazareth.
The child grew and became strong, filled with wisdom;
and the favor of God was upon him.

The Gospel of the Lord.
Praise to you, Lord Jesus Christ.

For the Church – that it will be just in all its dealings, treat men and women with equal dignity, families with respect, and ensure that its liturgical language creates a vision of justice. Lord, hear our prayer.

For families in refugee camps – that world leaders will work together to settle refugees in permanent homes and that refugees will be made welcome in their new countries. Lord, hear our prayer.

For families – that families everywhere will spend rich time together in recreation, in prayer, in listening to each other and being attentive to each other’s needs and the needs of their local community. Lord, hear our prayer.

For parents – that they nourish their children with a sense of joy and delight in life, an optimism for the future, a willingness to serve others, and a thirst to grow in love of God. Lord, hear our prayer.

For children who live in poverty – that we all creatively address the causes of poverty, and find new and effective solutions to lift children from poverty, so that they can engage fully and positively with life. Lord, hear our prayer.

For the elderly – that they will be positive with young people, encouraging them in meeting the challenges of life, and that they, they elderly will be treated with dignity, respect and care. Lord, hear our prayer.

We offer you, Lord, the sacrifice of conciliation,
humbly asking that,
through the intercession of the Virgin Mother of God and Saint Joseph,
you may establish our families firmly in your grace and your peace.
Through Christ our Lord.
Amen.

Preface II of the Nativity of the Lord:
[The restoration of all things in the Incarnation]

It is truly right and just, our duty and our salvation,
always and everywhere to give you thanks,
Lord, holy Father, almighty and eternal God,
through Christ our Lord.
For on the feast of this awe-filled mystery,
though invisible in his own divine nature,
he has appeared visibly in ours;
and begotten before all ages,
he has begun to exist in time;
so that, raising up in himself all that was cast down,
he might restore unity to all creation
and call straying humanity back to the heavenly Kingdom.
And so, with all the Angels, we praise you,
as in joyful celebration we acclaim:
Holy, Holy, Holy Lord God of hosts…

Our God has appeared on the earth, and lived among us. Bar 3:38

Bring those you refresh with this heavenly Sacrament,
most merciful Father,
to imitate constantly the example of the Holy Family,
so that, after the trials of this world,
we may share their company for ever.
Through Christ our Lord.
Amen. 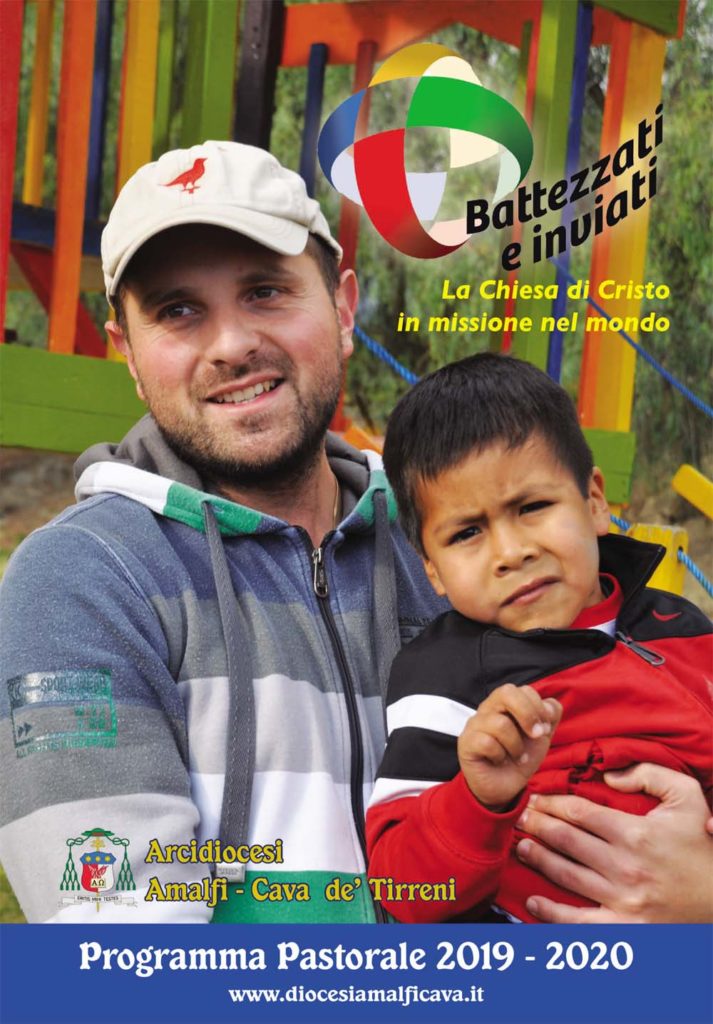